Well done to all involved in the Sciath na Scol Football Final 2012!
Posted by Scoil Nioclais Blog at 10:06 AM

Excitement is building in Scoil Niocláis ahead of our Sciath na Scol  football final. The boys have done really well to qualify from a tough group and are looking forward to their big match which will be played under lights at Pairc Uí Rinn. The boys have trained really well under the guidance of Deise native - Mr. Flynn. " It's  a fantastic achievement for the school to qualify for the final for the second year running, we still have aspects of our game to work on but the boys are working hard in training and hopefully we can perform well on the night". Mr Flynn went on to say."Nothing will be taken for granted as the boys lost out to our final opponents in the qualifying phase. Gael Scoil Carrigaline are an excellent team and play a clever passing game which we will have to try and breakdown". 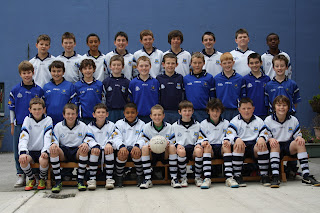 The match is fixed for Thursday 15th of November at Pairc Uí Rinn. Throw in time is 7.30pm.
Posted by Scoil Nioclais Blog at 8:21 AM 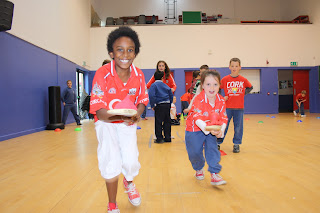 Well done to all who took part in GAA Day 2012. Over the course of the day all our kids got to play hurling and gaelic football games. A great day was had by all!
Posted by Scoil Nioclais Blog at 12:57 PM